While making my bed Saturday morning, several thoughts came to mind:
As I fluffed my pillows, I pictured Jesus carrying His cross and how weary he became. Someone had to step in and help carry His cross, yet the most challenging task of His life was followed through to the end – He was faithful to the call.

Sigh…Faithfulness is a journey of ups and downs and the downs are where my restoration awaits. The downs allow God to restore me as I process damaging thoughts of frustration. Being a wife and mother is my most challenging call, and although I do get weary sometimes; I will remain faithful.

God’s tender mercies upon me every day are everlasting. He has given me every resource I need to follow through to the end. Just as someone helped carry Jesus' cross, I must have help also. My flare up of frustration reminded me that I can do nothing without God’s power and I must call for His help every hour of the day. I must also remember to place God’s super on my natural in order to remain faithful to my call - daily.

Who would have thought this Life Lesson for LaVender would come while making my bed. My flare up of frustration restored my strength, energy, and power. God’s help wasn’t the only help I received. Hubby made the bed Sunday morning. Thank you Lord, and thank you hubby!

For he loves us with unfailing love; the Lord’s faithfulness endures forever. Praise the Lord!

Wash ALL the Dishes! 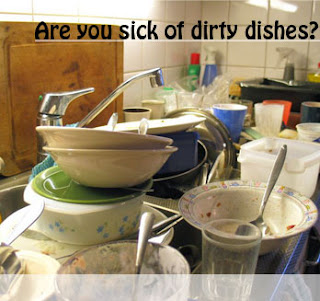 Summertime invites more dishes and I'll be darn if I'm going to wash dishes three or four times a day AND cook the meals. Noooo way!

Mothers, I'm sorry, but if you're washing ALL the dishes in the house, stop and think about it. Why are you washing all the dishes? Is it not enough that you prepare the meals? Remember that you're raising a future wife or husband. It's only considerate that someone would even offer to wash the dishes after we cook. Granted, if you have toddlers, they are too young, but toddlers don't remain toddlers and if you don't start them early, those same toddlers turn into teenagers that DO NOT WANT TO WASH DISHES.

I just told Secondborn to wash the dishes and he said, "Wash ALL the dishes?" Hmmm....I take part of the blame for his question because the rule in the house is everyone wash your own dirty dishes then the person responsible for cleaning the kitchen at the end of the day doesn't have a stack of dirty dishes to wash. If you use a pot, wash the pot. If you use a plate, wash the plate! Sounds good, huh?

Needless to say, I didn't answer Secondborn's question and walked out of the kitchen. I think he got the answer. When I saw him walking out of the kitchen I asked him if he was finished because I saw a few glasses and some silverware on the counter. "Son, what is that on the counter?" His reply, "You want me to wash ALL the dishes?"

Carry Your Own Stuff! 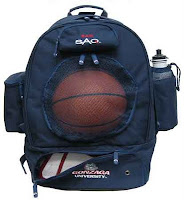 I never thought my life would be spent watching and smelling musty boys chase, hit, and throw balls, but it is. Thank God I’m a sports lover because we had another weekend long basketball tournament. We transported several boys, including our own, to and from the games and as they prepared to hit the court, each handed me all their belongings. I just happened to have a bag to throw all their stuff in such as t-shirts, combs, brushes, money, and cell phones. A little irritated that I had to carry all their stuff, I made a point at the end of the game to tell them to bring a bag, so they could carry their own stuff! As usual, my complaining spirit invited a Life Lesson for LaVender. Sigh…

I should have been happy to help the boys out because someone carries my stuff 24/7. Yes, He went there! My troubles, cares and concerns, health issues, financial issues, marital issues, teenage issues, issues with my Self, and all the basic issues of life are carried as I play this game called life. I don’t even have to ask for help; my Heavenly Father offers to carry all my stuff! This lesson was like getting a whipping!

Guess what happened the last day of the tournament? The boys had bags! Guess what else? They wanted me to hold their bags! One young man even said with a smile on his face, "Thank you, I won't have to worry about it." I was cracking up inside as I thanked God for my review lesson.

We came home with championship titles and my court side lesson was definitely the winning point! 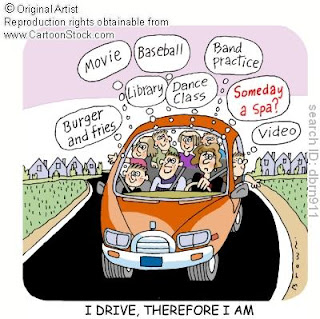 As I exhaled and celebrated the end of Firstborn’s first public school year, I was reminded not to get too relaxed. One year down is another year gone to prepare him for the real world. While searching for summer jobs and activities to keep him busy, I was reminded of the valuable mother/child time I’m about to forfeit. The summer months go by quickly and before I know it, Firstborn’s sophomore year will be here. A new school year means new peer pressures, new locker talk, new teachers, new girls, new trials and temptations, and new studies. I thought I was about to put my feet up for the summer, but it looks like I’ll be rolling my sleeves up and taking advantage of the precious moments of opportunity to teach both my sons. Some things can and will only be taught at home, so it's time for Summer School - Mama's Summer School.
A woman’s work is never done and a mother’s job should always be in forward motion. It’s okay to enjoy the summer and I definitely plan to, but this doesn’t mean a vacation from the motherhood. A child’s first and most influential teacher is the mother, so time to break out the books – the books of life. A year completed in education should also be another year completed in spiritual and character growth. The fun part about Mama's Summer School is that children don't have to know they're in school. Recognizing teachable moments takes time and creativity, but just being around our children offers so many because they do and say some straaaange things! Mama's Summer School is now in session - not just for my own children, but all those I come in contact with.

Public School Is Not That Bad 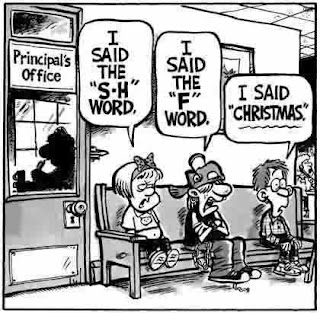 Well, he (we) did it! Firstborn completed his first year of public high school after being homeschooled all his life.  I think the transition was more difficult for me. I won't bore you with his accomplishments because I think it's funny how we brag about the As and the awards, but rarely say anything about the struggles. I can't learn from your As, but I can learn from what you went through to get the As!

I thank everyone who sent emails, commented on my tearful blog posts, and Facebook page, because your encouragement carried me through the school year. THANK YOU for listening to my fears and reservations of sending Firstborn to school. THANK YOU for being there and telling me "It'll be alright" when I didn't see ALRIGHT in my face.

Firstborn is excited and ready for the next year and this Mama is ready to relax. It was exhausting and stressful, yet the greatest lesson I learned is that I can't be afraid to let my children fail. I've got to let them go and stop saving them from every scratch, fall, and disappointment in life.


Life happens and our children must learn to live THEIR life.

Can You Believe It?

Tween Statement of the Year
The following was submitted by a mom who knew I would appreciate her tween's recent statement to her. Nothing else needs to be said. Enjoy and get ready to shake your head or laugh your head off.
"I am so tired of all this school work! I have no free time! All day & night: I wake up, go to school, come home and work until bedtime! I have no time to myself! I WISH I WAS YOU!!!" 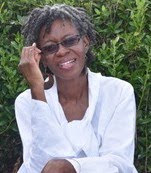 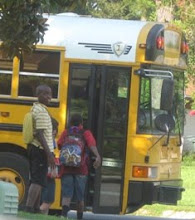 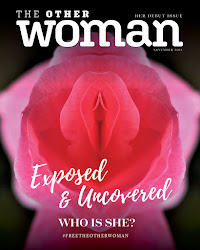